By using this site, you agree to our updated Privacy Policy
Get the latest information about Spring 2022 Updates and COVID-19. Before coming to campus, take the Daily Screening.
Skip to main content Skip to main navigation Skip to footer content

You are in a modal window. Press the escape key to exit.

Here is some proof that picking the "right" major is often overemphasized.

Juanita Kidd Stout was a Justice of the Supreme Court of Pennsylvania from 1988 to 1989.  She was the first African American woman elected to any judgeship in the United States.  She attended Lincoln University and her undergraduate major was MUSIC.

You might have never guessed these two actors majors.

Dean Cain attended Princeton University and graduated with a Bachelor of Arts in HISTORY.

Teri Hatcher started to follow in her parents' footsteps and her major was MATH and ENGINEERING at De Anza College.

Janet Reno was the Attorney General of the United States from 1993-2001.

She attended Cornell University and her undergraduate major was CHEMISTRY.

He received a BUSINESS ACCOUNTING degree and started working for a Fortune 500 company.

He was unhappy with his job and decided to take some acting classes.

Diane Sawyer is a well-known ABC news anchor and is also known for her years as a host for the show Good Morning America.

She also served in the administration of US President Richard Nixon.

She was an ENGLISH major at Wellesley College.

Unless you choose a career which requires technical or specialized training such as engineering or nursing, your choice of a major does not dictate what careers you will be able to enjoy.

Associate Justice of the U.S. Supreme Court Clarence Thomas was elected chairman of the Equal Employment Opportunity Commission by Ronald Reagan in 1981. He was nominated by George W. Bush for a seat on the United States Court of Appeals for the District of Columbia Circuit in 1991.

He completed his Bachelor of Arts in ENGLISH LITERATURE at the College of the Holy Cross.

Of course, sometimes your major is directly related to your career. 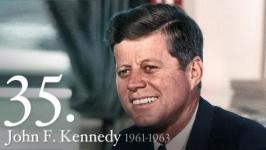 John Fitzgerald Kennedy, also know as Jack, was the 35th president of the United States from 1961 until his assassination on November 22, 1963.

His major at Harvard was INTERNATIONAL STUDIES.

Successful news anchor and reporter Connie Chung received her degree in JOURNALISM from the University of Maryland. 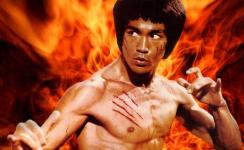 He attended the University of Washington studying DRAMA and PHILOSOPHY.

Below is a list of some more people you may find interesting along with their choice of college major.